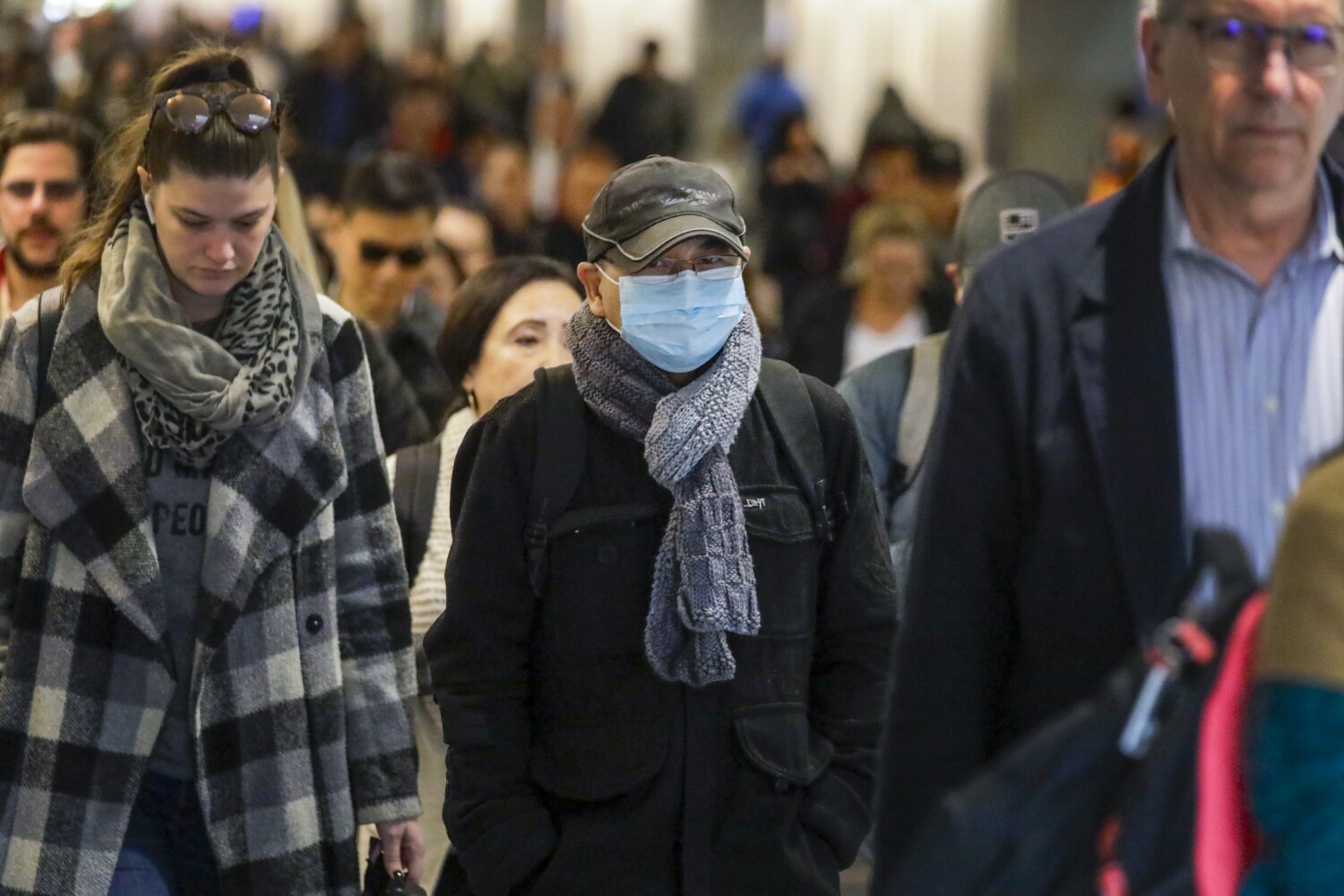 After the novel coronavirus broke out not far from her Northern California home, Christina Arnold began to worry about herself and her two teenage sons.

All three are asthmatic, putting them at a higher risk of death if they were to contract the virus.

“I try to keep my paranoia inside, under control,” she said Monday, as the U.S. death toll from the disease rose to six, all in Washington state. “I don’t want to show my kids I’m scared because there is not much we can do about it.”

As the virus continues its spread and many Americans become more anxious, health officials agree on one point: COVID-19 is not indiscriminate. Senior public health officials continue to stress that coronavirus does not represent a serious threat to most people.

“The risk is low,” said Dr. Anthony Fauci, director of the National Institute of Allergy and Infectious Diseases.

But while a healthy adult might contract the rapidly spreading illness with little more than a cough or runny nose, the elderly and those with certain medical conditions are at greater risk for a serious infection or even death.

Four fatal cases now linked to a nursing home in the Seattle suburb of Kirkland, Wash., highlight that the virus is particularly vicious to those past middle age, especially if they have a chronic ailment such as high blood pressure or obesity. The latest casualties included a man and woman in their 70s and a woman in her 80s, from the same nursing home that was connected to a fatality last week. Dozens more residents have respiratory symptoms and are being tested for the virus.

“Older populations of people and people with health conditions may have much bigger problems,” Tom Frieden, former director of the Centers for Disease Control and Prevention, said during a news briefing Monday. He added that in the United States, about 60% of adults have an underlying condition that could affect the severity of the coronavirus.

The reality of who the virus kills — and how to best contain it — is of growing concern as COVID-19 cases begin to pop up across the country, carrying as much fear and economic uncertainty as actual illness.

Health officials reported Monday evening that the number of domestic cases of coronavirus is now 105, about half of whom were repatriated after contracting the disease abroad. But 43 cases have been discovered in the U.S., mostly in Washington and California. And 26 of those are not travel-related, but were contracted through contacts with others in the community.

Faced with the growing numbers of cases without a known cause, dozens of businesses and organizations have canceled events or restricted travel for employees. Late Monday, Twitter urged employees to work remotely, and Uber said the virus posed a threat to its business.

Though the stock market rallied after a sharp decline on Monday, the virus continued to exact a toll on everyday life. In Washington, where the outbreak has hit hardest and continues to grow, Gov. Jay Inslee said that residents “should begin to think about avoiding large events and assemblies.”

Experts called the virus “unprecedented” and warned it will continue to spread in coming days. But just how deadly it is — and who exactly faces the most peril beyond the elderly — is not yet clear. Chronic conditions like diabetes and heart problems have been linked to more dire outcomes, as have acute illnesses such as cancer. Smoking can add to the severity of a coronavirus as well, researchers said.

“It’s evolving quickly, so what I tell you today, we could learn a lot more in the next week,” said Stephanie Christenson, a pulmonary specialist at UC San Francisco. “All of this is kind of changing.”

China’s Center for Disease Control and Prevention recently released a paper that detailed more than 70,000 instances of coronavirus there. It found that, in confirmed cases, the virus killed nearly 15% of those older than 80, compared with about 2% for overall confirmed infections of COVID-19. Researchers also saw higher fatality rates for people with cardiovascular disease, diabetes, chronic respiratory disease, hypertension and cancer.

Jeffrey Klausner, a professor of medicine and public health at UCLA, warned that preliminary data might not present a fully accurate picture because they depend on rates of confirmed cases, largely treated in medical facilities. He said that a broader look at all cases, including those not severe enough to warrant intervention, could lower the rate of fatalities.

Peter Beilenson, health officer for Sacramento County, where the country’s first community case of the virus is being treated at UC Davis Medical Center, added that, “a healthy 72-year-old is not at as great a risk as an unhealthy 72-year-old.”

“It’s about lung function and the compromise of lung function,” said George Rutherford, an infectious disease specialist at UC San Francisco, explaining why the disease hits some harder than others.

“You basically have accumulated decades of air pollution, secondhand smoke,” Rutherford said. “The lungs of an 80-year-old aren’t the lungs of a 20-year-old.”

CDC director Dr. Robert Redfield said that there are no travel advisories for travel within the United States, though U.S. authorities have placed restrictions on travel to China, Italy and other countries with large outbreaks.

For those with chronic conditions that require medications, Frieden and others urge getting a reserve supply. “It is possible there will be shortages,” said Frieden, who pointed out that many ingredients for common medications come from China, which is struggling to keep its supply chain moving.

Klausner and others also warn that economic vulnerabilities including homelessness, where people live in close quarters and lack basic sanitation, could affect the spread of the virus. Others pointed to confined systems like jails and nursing homes as potential sites for outbreaks. Nearly all experts agreed that nursing homes would continue to pose risks.

Meanwhile, workers such as healthcare employees and first responders face an elevated risk of exposure, even if they are not at high risk of critical infections.

In the Sacramento confirmed case, more than 120 staff at UC Davis Medical Center, where the patient is being treated, have been asked to home quarantine after possible exposure, according to the California Nurses Assn.

In Seattle, more than 25 firefighters are quarantined after responding to the nursing home where the fatalities occurred. A separate group of firefighters was quarantined Monday in Orange County after another possible exposure.

Despite concerns for some vulnerable populations, children seem to be one group that isn’t being hit with severe cases.

“For reasons we don’t understand, children don’t seem to get severely ill with it,” Frieden said.

But some medical experts said children’s mild cases could represent a risk if they are unknown carriers of the disease, potentially passing it to others without ever being diagnosed.

“It may be going round particularly in children and only being noted when it [gets] to older people,” said James Cherry, an expert in pediatric infectious diseases at UCLA Geffen School of Medicine.

For Arnold, the mother with asthmatic sons, she plans on keeping life as normal as possible for now. Her family “still has to get on with their lives” and continues to go to the gym, the movies and the beach, despite the worry.

“Your best bet is just washing your hands,” she said.