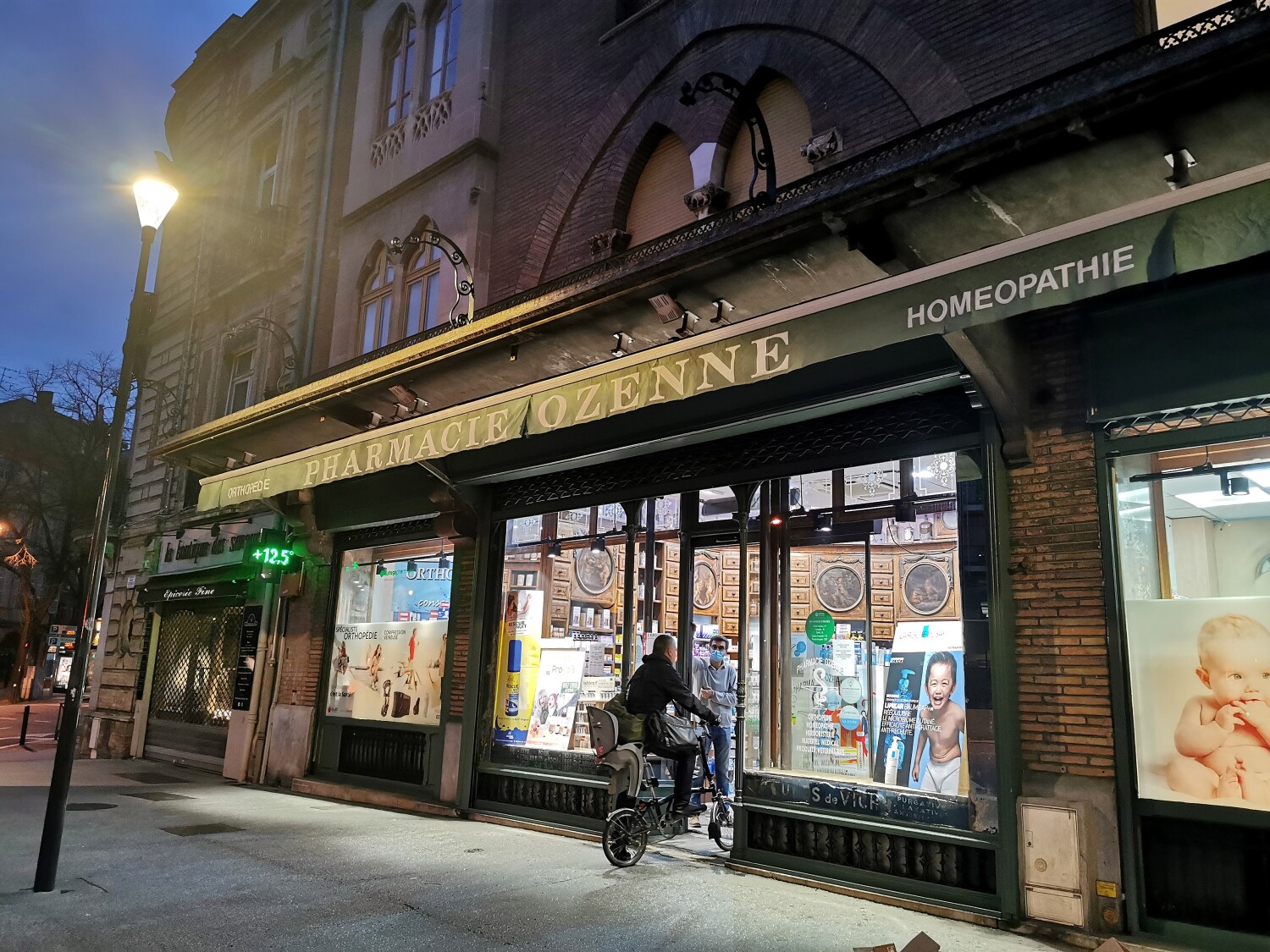 After the winter months in this southwestern part of France, March normally sees a kind of human blossoming as people return to the sidewalks and terraces to celebrate the return of the beaux jours.

But on this evening the city lay eerily quiet, with nearly every business shuttered and only scattered people wandering the streets. Yet the calm that reigned outside this week masked the emotions and uncertainties that churned behind the city’s famous red brick facades.

From small business owners anxious about their futures to parents trying to radically remake their daily routines, people were determined to adapt to unprecedented restrictions tied to the worldwide coronavirus pandemic, including confinement rules that they hoped would be temporary but feared could go on without any end in sight.

“We are in commando mode,” Prefect Étienne Guyot, the French government representative for the Southern region of France known as Occitanie, said during a news conference from his Toulouse headquarters.

Guyot made his remarks less than 48 hours after a national address Monday evening by President Emmanuel Macron, who announced draconian new rules that require nearly everyone to stay home for at least 15 days. That followed another address last Thursday in which he announced schools would be closed starting Monday, leaving parents scrambling to rearrange their work lives and child care arrangements.

Over the weekend, scenes of the French largely ignoring warnings about gathering in public plus an acceleration in the number of coronavirus cases, led Macron to take more forceful actions. Only businesses such as pharmacies and grocery stores can remain open for limited hours, while anyone wishing to go outside must fill out an attestation citing an acceptable reason, such as running an urgent errand or going to a job that doesn’t allow them to work at home.

By Wednesday, the French Public Health Agency had reported 9,134 confirmed cases, including 371 in the Occitanie region where Toulouse is located, and 244 deaths nationally from COVID-19.

Macron repeatedly had said France is “at war,” and throughout Toulouse there was a sense of a city mustering for battle. More than 600 local and national police were deployed in the Haute-Garonne Department, where Toulouse is located.

Tuesday morning, the city’s streets were busy with shoppers making last-minute stops. By the afternoon, the crowds had largely evaporated as police and gendarmes patrolled the streets, occasionally stopping joggers or other random pedestrians asking to see their papers.

Across the city, countless personal preparations were quietly underway.

Behind the counter of her epicurean market Piccora in the fashionable Ozenne neighborhood that was once dominated by the city’s nobles, Elsa Lepert was making a sign to put in the shop window to remind clients of her reduced hours, and that deliveries in the neighborhood were still possible. She taped the sign just above another one from the Ministry of Health explaining the precautions to take to avoid spreading the virus.

The flow of customers was slow Tuesday, though the ones who came tended to buy large amounts of wine, tartine, foie gras and other fine foods she sells. While Macron announced a series of economic measures to support small businesses, she is skeptical.

“I’m philosophical about it,” she said. “At least I’m able to be open when so many others have to close. But I don’t have a lot of confidence that any of these plans will help.”

Lepert’s shop is a few doors down from the home of the Archbishop of Toulouse, Monsignor Robert Le Gall. France remains a heavily Catholic country, and this Ozenne street is emblematic of that, with a Catholic school at one end, a religious bookstore in the middle and the medieval Saint-Etienne Cathedral at the end.

Le Gall said it’s been a difficult decision to cancel Masses, but local priests have remained available to parishioners by phone and email. He said some members were turning to Masses being livestreamed. But he also believes this period of crisis will mark a renewal of faith for many.

“Being deprived of many of these sacraments leaves them with a thirst to get them back as soon as possible,” Le Gall said. “It is a moment to deepen their faith.”

A few blocks away inside the Pharmacie Ozenne, Eric Bousqet was speaking with a customer as his wife, Carole, stocked shelves. The couple and three employees wore masks and customers carefully maintained a few feet of distance.

Bousquet said the day had been generally calm. Last week was more stressful, he said, as the gravity of the situation became more apparent and customers streamed in asking for hand sanitizer and masks, despite the sign outside warning that none were left.

“This week, people are more reasonable,” he said. “They are preparing themselves for the days ahead.”

Mélanie Tisné-Versailles and her husband Maxime decided last weekend that they would try to make the best of the situation by renting a house 90 minutes south of the city in the Pyrenees Mountains. The government day care center and preschool where their 1-year-old son and 5-year-old daughter normally go were closing, and being in the countryside sounded far more appealing than being stuck in a small city apartment, Tisné-Versailles said.

While her husband can continue his work as a composer, her situation is a touch more complicated. Tisné-Versailles is part of a large work cooperative in Toulouse that last fall opened Lune Bleue, a space that includes a restaurant, start-up studio, coworking space and digital consulting firm. Tisné-Versailles was doing everything from waiting tables to consulting with local businesses on how to digitally transition their business.

Now, most of the consulting contracts are on hold as digitalization and other focuses like encouraging a circular economy are no longer short-term priorities. And businesses like the restaurant and coworking space are closed. Tisné-Versailles is trying to use the time to stay in touch with partners remotely via Slack and try to rethink their own business model.

“I always try to be an optimist, but nobody has a crystal ball,” she said.

To the west of Toulouse, the town of Condom in the Gascony region had a relatively tranquil first day of confinement. But its mayor, Gérard Dubrac, faced a personal and political dilemma.

Elected in 2014, Dubrac, 67, had expected his term to end next week after the election of a new mayor. But Macron canceled the voting scheduled for this coming Sunday, and so Dubrac will see his term extended indefinitely. Instead of gently pulling back from public life, Dubrac finds himself managing the town through an unprecedented crisis.

“This is the first time we’ve confronted this type of thing,” he said. “Rural communities already have problems in France, but this is something else.”

He also said it’s important to keep up one’s spirit and sense of humor. Dubrac referenced the town’s name, which often makes English speakers giggle and think of something besides an idyllic town in the Gascony countryside.

When it comes to the virus, Dubrac said, “In Condom, we are a village that is very well protected.”

O’Brien is a special correspondent.