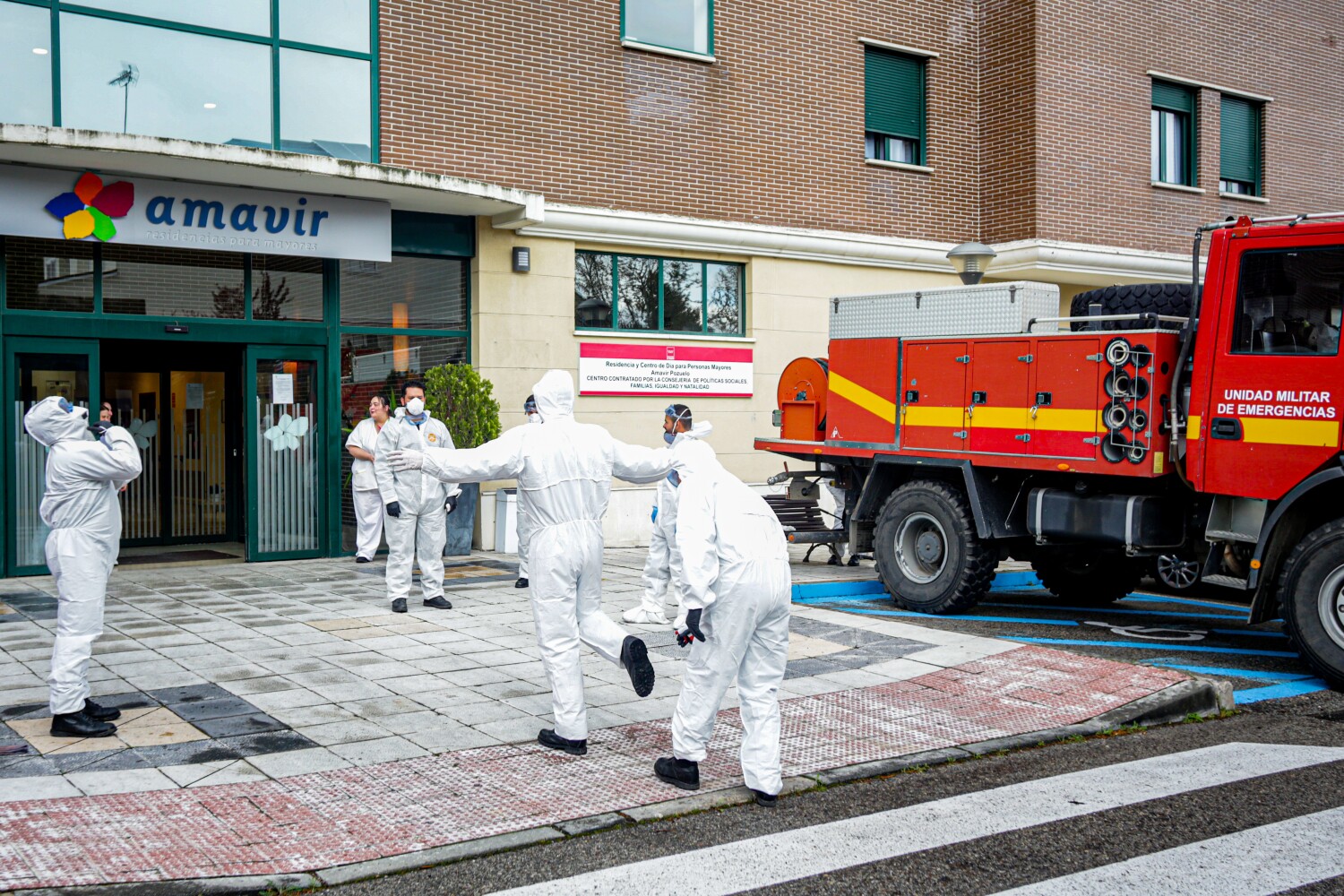 Spanish soldiers dispatched to fight the coronavirus outbreak by disinfecting elderly care facilities found the bodies of several residents left in their beds, resulting in a nationwide investigation of such facilities, according to officials.

Spanish authorities said there had been widespread reports of mistreatment and poor conditions at facilities, which caused the government during the weekend to order the army to start disinfecting them.

“The army, on some visits, has seen the elderly absolutely abandoned, when not dead, in their beds,” Defense Minister Margarita Robles said in an interview Monday with the television program Telecinco.

Spain’s general prosecutor announced an investigation into ”the alarming situation” of such facilities around the country, but authorities did not say how many bodies had been found. Media reports estimated dozens of cases.

The investigation comes after a week of news reports about deaths and infections at facilities in Madrid.

The granddaughter of a resident at the Monte Hermoso facility who had tested positive for the coronavirus and died Friday said the family believes the number could be much higher.

Officials from the Monte Hermoso residence did not immediately respond to requests for comment.

Last week, the Defensor del Paciente, an elder care watchdog association, filed a complaint to a Madrid court asking for an investigation of Monte Hermoso. The group also requested that the general prosecutor investigate all such facilities around the country.

“This situation cannot be tolerated in a democratic country,” Carmen Flores, the association’s president, said in a phone interview.

As of Tuesday, Spain had registered nearly 40,000 cases of people with the coronavirus infection and 2,700 related deaths.

In Madrid, officials have created a makeshift hospital in a convention center to help with overcrowding. Hotels have also opened their rooms to hold less severely sick patients.

The Spanish government enforced a country-wide quarantine March 16 to mitigate the spread of the coronavirus. Residents are allowed to leave their homes only for necessities, including grocery shopping and going to the pharmacy.

Bernhard is a special correspondent.