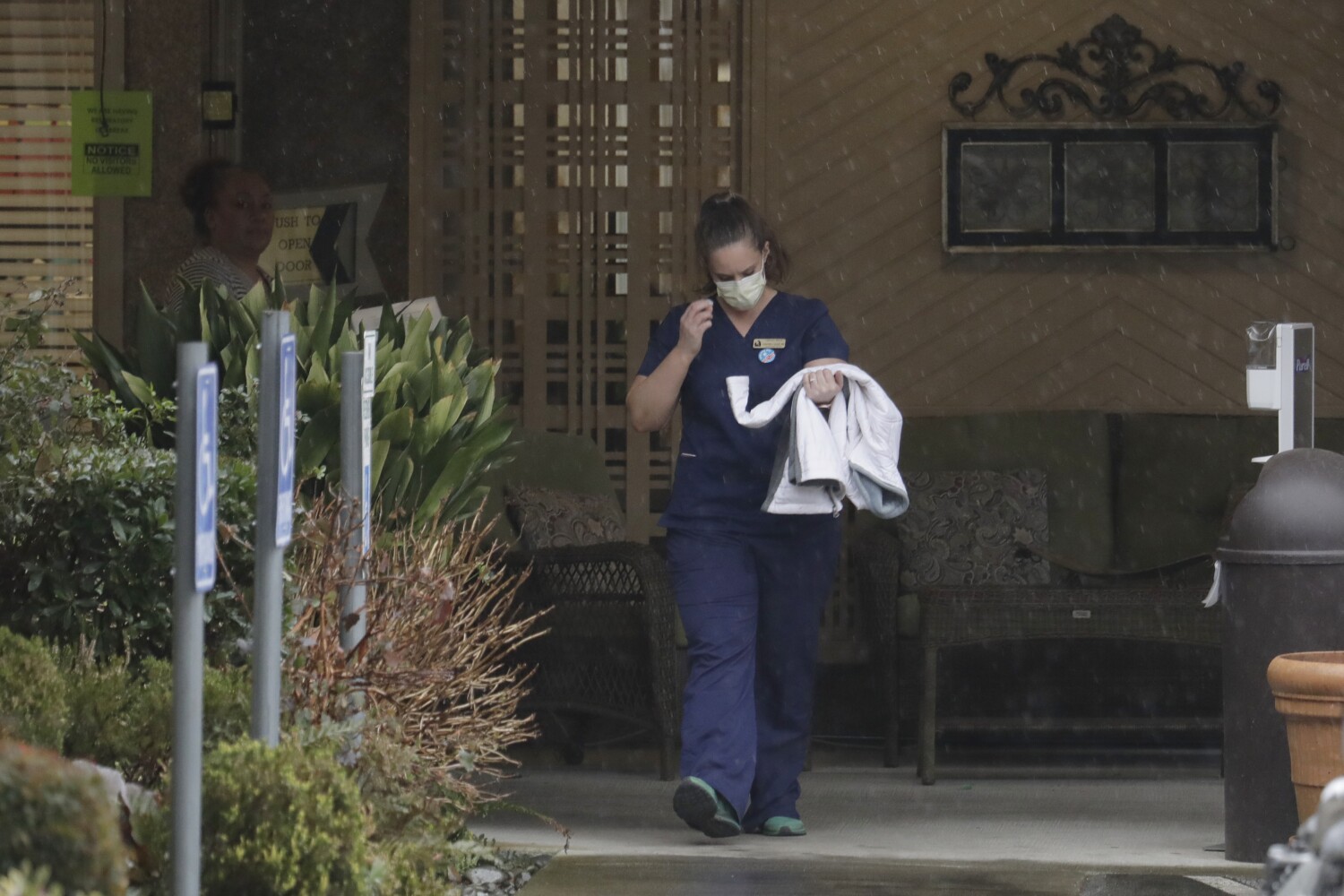 As the deaths of their patients mounted, managers of the nursing home at the center of the U.S. coronavirus epidemic pleaded with authorities to send kits to test those who remained quarantined at the facility.

Enough kits were finally delivered over the weekend, and 35 results came back Monday afternoon. They were grim.

A total of 31 residents tested positive, a spokesman for the Kirkland nursing home said at a hastily called news conference in the facility’s parking lot. One resident tested negative, and three tests were inconclusive.

Results are still to come for an additional 20 residents of Life Care Center of Kirkland, whose death toll climbed to 19 with the announcement Monday of three more COVID-19 fatalities. In all, 22 people have died in Washington state.

The infected nursing home patients were not immediately being moved to hospitals.

Instead, health officials directed Life Care to keep them in the nursing home and move residents who test negative to a separate wing, said the company’s spokesman, Timothy Killian.

“They’ve asked us not to transfer patients unless they’re in an acute phase of symptoms,” he said. “Once symptoms hit a level of acute, when we feel we will no longer treat them, we will send them to hospitals.”

Killian said that managers of the nursing home have been too busy with triage to investigate how the infection got inside. It happened sometime before Feb. 19, the date that the first resident was hospitalized for what later proved to be COVID-19.

The facility is a branch of Life Care Centers of America, billed as the nation’s largest privately held long-term care company for the elderly.

Killian told reporters that seven residents had respiratory symptoms, but he didn’t immediately know whether any or all of those patients had tested positive.

Health workers have the skills and training necessary to care for patients who have tested positive but show no acute symptoms of COVID-19, he said.

Killian said the facility still hadn’t received kits to test its employees. Seattle & King County Public Health officials said in a statement Monday that they were working with the University of Washington to get Life Care workers tested.

“Priority will go to employees who have symptoms consistent with COVID-19,” the statement said. “Testing is recommended only for people who are symptomatic for the disease.”

Three staff members have been hospitalized, and one has tested positive, Killian said. Sixty-five of Life Care’s 180 employees have gone home for self-quarantine after showing symptoms consistent with COVID-19, he said.

Health officials said that one of the 19 deaths was not a resident but a visitor to the facility.

An additional 11 patients of the nursing home have also died since the outbreak began, but Killian said Life Care has yet to receive autopsy results that would show whether any of those deaths were caused by the virus.

The King County Medical Examiner’s Office did not return a reporter’s phone call seeking causes of death. In a typical month, between three and seven residents of the facility die.

Five nursing home employees who had respiratory symptoms have recovered and returned to work, bringing the facility’s staff to 115, supplemented during three shifts by doctors and nurses in a U.S. Public Health Service team that arrived Sunday.

Killian said that one nurse told him she had been working 18-hour days.

“She says she gets three to four hours of sleep a night,” he said. “That’s what it’s been like working in this facility for the last 10 days.”

In a related development, the city of Kirkland announced Monday that one of its first responders had recently tested positive for COVID-19. It was the first positive result after several firefighters and police officers entered quarantine in their homes and a fire station after transporting Life Care residents to hospitals.

Meanwhile, the virus has arrived at other care facilities.

A woman in her 70s who was hospitalized from a long-term care facility north of Seattle has tested presumptive-positive for COVID-19, the Snohomish Health District said Monday.

The woman had been a resident of a facility in Stanwood, Wash., in Snohomish County about 50 miles north of Seattle, because of an unrelated medical condition, the agency said in a news release. The COVID-19 test result was conducted after she was taken to a hospital.

In addition, a woman residing at Aegis Living Marymoor, an assisted-living center in Redmond, Wash., tested positive and has been hospitalized, according to Nandi Butcher, a spokeswoman for the facility, where a staff member has also been diagnosed.