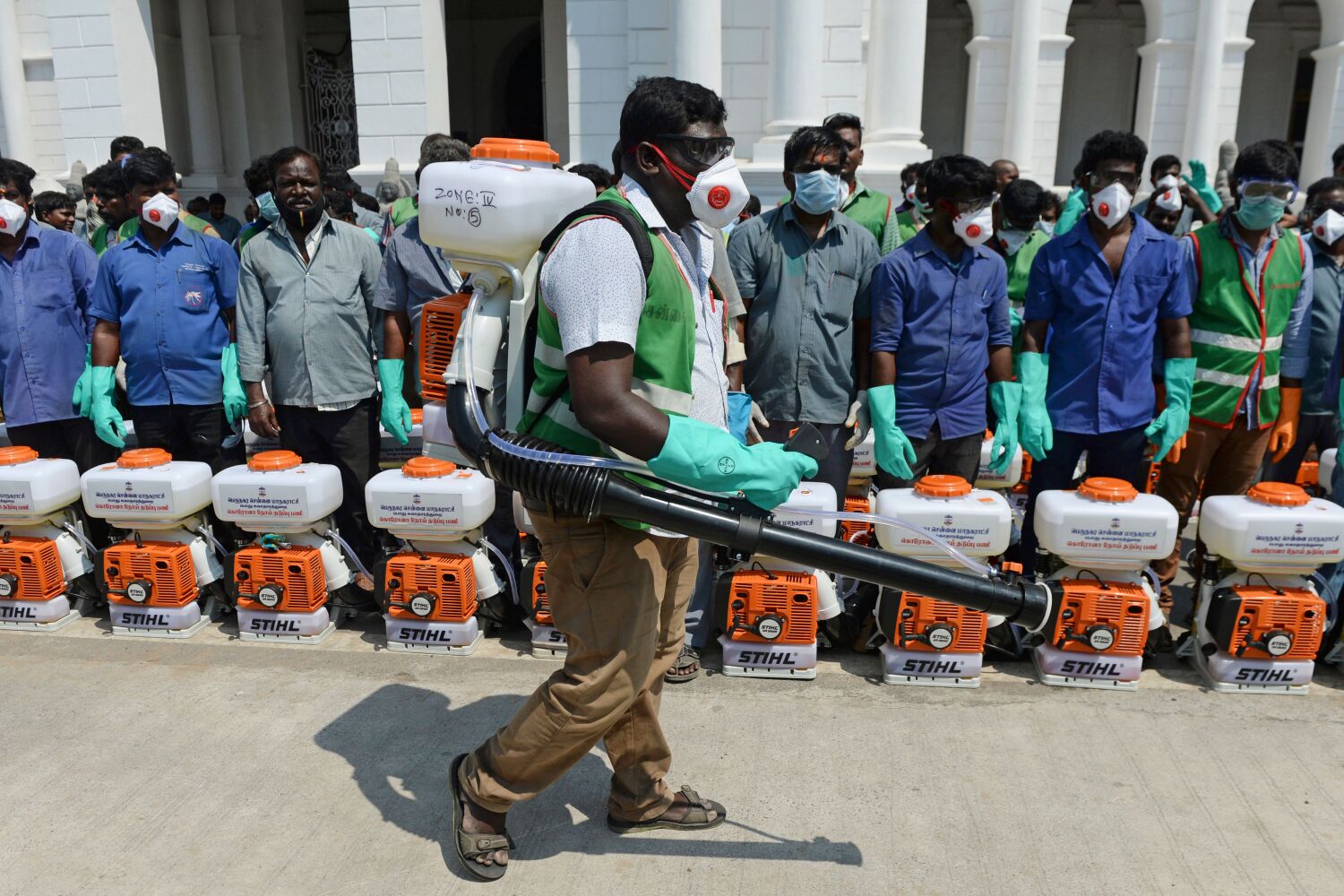 Every year, hundreds of thousands of Hindus throng the northern Indian town of Ayodhya, the mythological birthplace of the god Ram, to mark the deity’s birthday with recitals, chariot processions and ablutions in a sacred river.

In the era of the coronavirus, the festival known as Ram Navami seemed like a ticking time bomb. Organizers on Friday agreed to call off the mass gathering days before it was scheduled to begin, but devotees are still expected to gather in small numbers at local temples during the nine-day fete.

In India, social distancing isn’t really an option. One of the most densely populated countries on Earth, with 1.3 billion people elbowing for space on nearly every street corner, apartment block, train car and house of worship, India is viewed as fertile ground for an explosion of the coronavirus.

The country has thus far recorded nearly 300 infections, but the numbers are rising fast as health officials test patients who show symptoms of the disease known as COVID-19. Some of those infected have had no recent travel history, yet the Indian Council of Medical Research, the government body leading India’s response, has denied that the virus is spreading within the population.

Many epidemiologists question that claim in light of India’s congestion, weak public health systems and prevalence of other respiratory illnesses, including tuberculosis.

Experts believe the country is missing vast numbers of asymptomatic infections. One leading surgeon said the country was “just a few days away from maybe a Spain– or Italy– or China-like situation.”

“I have always suspected from Day 1 that the numbers which are being declared and announced are the tip of the iceberg,” Arvind Kumar, chairman of the Center of Chest Surgery at Sir Ganga Ram Hospital in New Delhi, told the NDTV news network this week.

Such warnings appear to be registering with Indian leaders at last. Prime Minister Narendra Modi gave his first address on the issue this week, appealing to the country to stay indoors and calling for a daylong nationwide “citizens’ curfew” on Sunday to demonstrate support for social distancing. The government also banned international flights for a week starting on Sunday.

“To not follow these guidelines would be an injustice to your family and loved ones,” Modi said. “Leave your house only if it is essential.”

India is at grave risk because it has only one hospital bed for every 2,000 people (compared with 2½ beds for the same number of people in the United States) and shortages of doctors and medical equipment even in normal times.

Yet mass gatherings and individual violations of stay-at-home orders continue. In the southern state of Kerala, hundreds of Hindu devotees joined a large religious procession on Friday, prompting a police investigation.

A Bollywood singer, Kanika Kapoor, is accused of violating orders to remain at home after she flew in from London earlier this month. Instead, Kapoor attended a dinner with top political leaders in Lucknow, the capital of the northern state of Uttar Pradesh, and a week later tested positive for the coronavirus — sending tremors through Indian political circles.

Several other guests at the event are now isolating themselves, and police have launched a criminal investigation into the singer.

Misinformation and medical hoaxes have flowed through Indian social media, especially the Facebook-owned messaging platform WhatsApp, which has 400 million Indian users. Hindu groups have claimed, without evidence, that drinking cow urine — cows are sacred in Hinduism — can ward off the virus.

Hindu leaders in Uttar Pradesh, where Ayodhya is located, waited until Modi’s address to call off the Ram Navami festival, which would have taken on added significance this year for worshipers as well as Modi’s Hindu nationalist party, champion of the rights of India’s Hindu majority. It was due to be the first since the Indian Supreme Court ruled in favor of the construction of a temple to Ram on the site where Hindu extremists in 1992 tore down a mosque, setting off one of the worst eruptions of communal violence in India in recent decades.

One of the hard-line Hindu groups involved in the festival, Vishwa Hindu Parishad, issued a press release on Friday calling on followers not to carry out “mass events” but to instead hoist saffron flags — a favored color in Hinduism — atop their houses.

Surendra Jain, the group’s national secretary, said that worshipers would still gather at temples to pay tribute to Ram during the nine days of observance.

“We will do whatever is allowed by the law,” Jain said. “Right now, our priority is to protect the country.”

Local authorities have banned community bathing in the sacred Sarayu River and warned pilgrims from other cities that they would be barred from entering Ayodhya until April 2.

Some are upset with the orders. Ranjit Jha, a tour guide for pilgrims in Ayodhya, dismissed the coronavirus as a rumor.

“I am not scared of corona,” he said. “When Lord Ram is looking after you, what can possibly go wrong?”