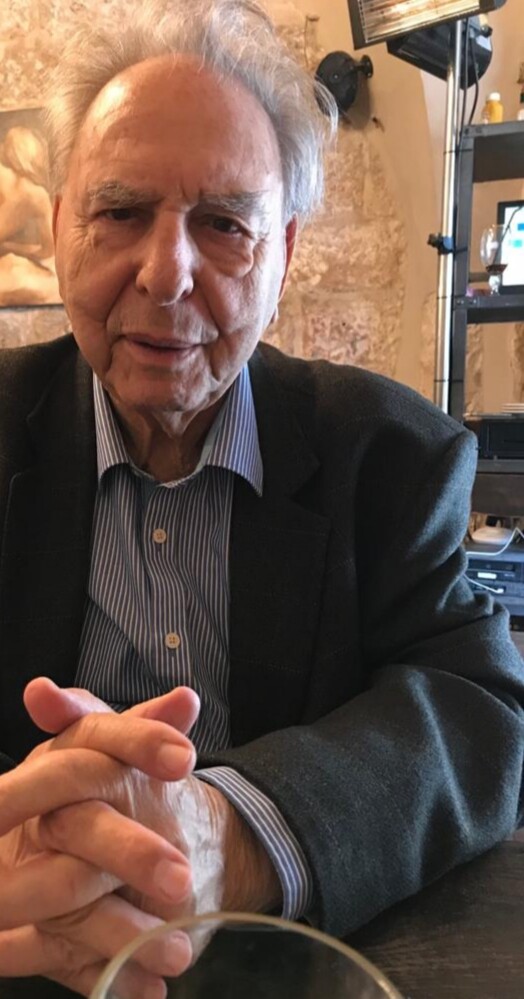 Arie Even had a knack for survival.

As a youth, with the help of his grandfather, he managed to hide out in a countryside basement from the Nazis who slaughtered more than 500,000 Jews in his native Hungary.

At 39, while serving as an Israeli envoy to Brussels, he crammed his family of six into a Renault 8, fleeing a summer holiday in Spain when a cholera outbreak threatened to engulf them.

One year later, he survived his first heart attack.

But Even’s luck finally ran out in the coronavirus pandemic of 2020.

On Friday night, Even, 88, became the first, and only, Israeli thus far to die of COVID-19, which has infected more than 1,000 fellow citizens, according to Israeli officials.

In a special exception, he was laid to rest late Saturday night at a small funeral distinguished by social distancing and otherworldly pallbearers in biohazard gear.

“He didn’t speak about the Holocaust. He didn’t discuss it with us,” reflected his daughter Ofra, 50, a municipal planner, after the burial. “Only in the last few years, I’d spend Holocaust Day with him and we began talking about it.”

Although an introvert and reserved in public, he instilled strong values in his children.

“Humanism was in his DNA,” said Ofra, in a conference call three of his children held with The Times.

“I remember how he’d talk to us as primary school kids,” she said, speaking about her father’s concern about the treatment of Palestinians in the 1970s. “He always spoke about Israeli responsibility.”

“He believed profoundly in equality, in civil rights,” echoed daugher Yael, 57, an artist. “He believed that this land belonged to all of its citizens.”

Even loved history, traveling, classical music, cooking and his wife, Yona, to whom he was married for half a century until her death in 2012.

Yaakov, 62, Even’s oldest son, noted that Even was highly unusual for a man of his generation, following his diplomat wife to postings as far ranging as Japan, Germany, France, India and Belgium. Giving up his own Foreign Ministry post because of a rule barring couples from both serving as diplomats, he became a customs officer.

“In the Foreign Ministry’s memorial book, my mother’s name was listed as my father’s companion, whereas in reality, the opposite was true,” said Yaakov, a software product manager.

Arie Even was born George Steiner, the eldest son in an affluent Budapest family, in 1932.

“Dad was an old-school gentleman,” Ofra said. “He grew up very well-to-do.”

But whatever his family’s resources, Even felt that it was his mother’s resourcefulness that saved his life, and that of his younger brother, Ivan.

Last year, said Ofra, he told her that when his mother, Magda, received a warning from the Swedish Embassy about their imminent arrest, she took both her sons to the tram, and told them, ‘I’ll get on in front, and you get on in back — and if something happens run.’”

“At the last minute,” Ofra said, “they managed to get away. Someone from the embassy stuffed them under the tarp of a horse-drawn carriage, and from there to some basement where they survived.”

Nazi officers shot Even’s maternal grandparents dead in Budapest, the children said, but the rest of the family survived. Four years after the war ended, the 17-year-old Even moved to Israel, a year after the country was established. His mother and father, Ferenc, who survived the war in a Nazi work camp, both died within five years after moving to Israel after the Soviet Union took over Hungary in 1956.

Having survived the unimaginable, Even finally ended up succumbing to the unfathomable.

None of his children or 18 grandchildren were able to visit him in the last week of his life, because of anti-contagion measures imposed by the Israeli Health Ministry. Ofra’s daughters, 7 and 10, remain under quarantine because they visited their grandfather less than two weeks ago, before he exhibited any symptoms of the coronavirus.

For the same reason, only his youngest child, Omri, was able to attend his funeral, held in the dead of night.

Even was buried by members of the Jerusalem burial society who volunteered for the grim task.

In a video that appeared on Israeli websites, Omri can be seen standing back as his father’s body is carried off by the men in the hazmat suits, moving mechanically through the midnight mist.

Each of Even’s children is now mourning him in absolute isolation, sitting shiva in his or her home.

They have asked for no condolence visits, for fear of contagion.

“My siblings and I will memorialize our father in a way that is meaningful to us, but the thing is, there is a pandemic,” Yaakov said, sighing. “That’s the problem. We don’t want to get it. It is bad enough that he got it. My wife and I are caring for my 92-year-old mother-in-law….”

His voice trailed off.

He said he hadn’t slept in three nights.

“Tonight on the news everyone is talking about Italy,” he said, on the day the Italian death toll reached 5,476. “It looks like complete chaos — unbelievable and scary. For now it seems that the situation in Israel is not as bad as it is in Europe and perhaps in the United States — not that things are that great here, as you can see from my father’s and my family’s tragic experience.”