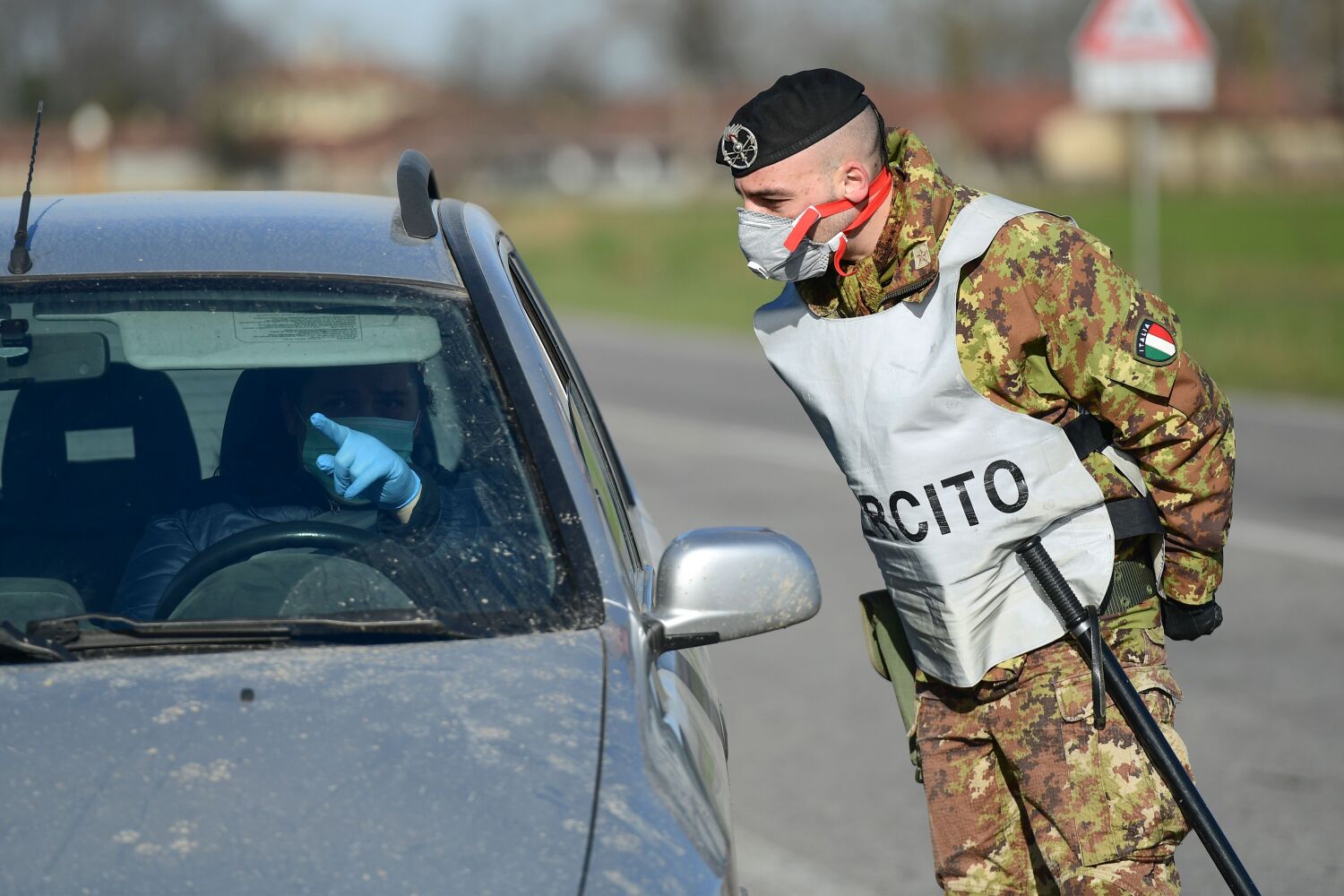 Oct. 24, 1942, was the kind of beautiful day in Milan, Italy, that sends children running outside to play the moment school lets out.

Elisa Andreoni, then 6 years old, was near her family’s five-story gray stone apartment building on the elegant Corso Buenos Aires when she heard sirens go off. Moments later, her mother whisked her and her 3-year-old brother to a bomb shelter in the basement. Her father closed the wine shop he ran on the building’s ground floor and called out to the neighbor across the street, who sold bread.

As Andreoni’s father, Antonio, ran to join his family, a deafening noise descended on the neighborhood; he reached the shelter just before the first bomb exploded nearby. In the basement, Andreoni gripped her mother’s hand as the family listened and waited for the city’s all-clear alarm to sound.

When it was finally safe to emerge, smoke filled the air, and roofs burned. The building across the street was destroyed. Most of the people inside were dead, including the man who sold bread, his pregnant wife and a child Andreoni’s age.

Like other members of the generation that survived World War II, Andreoni is now living through a coronavirus crisis she never imagined — one that is hitting her country and demographic hard.

Italy is among the countries worst affected by the global pandemic, with more than 92,000 confirmed cases nationwide and more than 10,000 dead as of Saturday — and thousands of new cases every day. Almost 40,000 cases and 6,000 deaths have been reported in the northern region of Lombardy alone. A March 20 report by the Italian National Institute of Health found the average age of victims was 78.5, with 70% of them being men.

“We survived the war,” Andreoni, now 84, said by phone from her home in Milan. “We survived real tragedies. We saw them up close. But a thing like this I’ve never seen.”

The war was far more deadly and, in many cases, more traumatic for everyday Italians, several World War II survivors said in interviews. Italy originally sided with Nazi Germany, until Benito Mussolini was ousted in 1943 and the country officially switched sides. Germany invaded soon after, and a civil war broke out between fascists still loyal to Mussolini and members of the Italian Resistance who supported the Allies.

Many war survivors describe themselves as feeling distressed by images of the health emergency playing out in places like Lombardy: intensive care units packed beyond capacity with patients on respirators, parades of military transport trucks carrying coffins to nearby cities for cremation, photos of doctors and nurses who have fallen ill and even died.

“It really disturbs me a lot,” said Teresa, 97, who lives in a small town near Lake Iseo at the foot of the Italian Alps. She declined to give her last name for privacy reasons. “I’m not saying for myself, because I’ve lived my life, but for my family.”

Teresa has four children, eight grandchildren and four great-grandchildren. She was 18 when World War II started, 19 when she met her husband while he was home from the military on leave and 20 when they got married. A year later, the couple’s first child was born.

“We lived very badly because we were in war,” she said. “There was little to eat, the alarms went off constantly — sometimes two or three times per day.”

Although Teresa lived in a small town, Allied and then German forces bombed the area continuously because there were weapons factories nearby, she said. When the alarms went off, everyone would watch to see where the planes were headed. If they were passing through on their way to bigger cities such as Milan, the residents would stay where they were, but if the bombs were headed for nearby targets, everyone would run to bomb shelters specially built in public places, like under the town’s piazzas.

Even with the bombings, though, people could move around. Teresa’s work as a seamstress often brought her to the nearest city, Brescia, and the town’s children still attended school.

Now, because of the coronavirus, the schools are closed, “non-essential” businesses have been ordered to shut down at least until April, and no one can be on the streets unless traveling for work, health reasons or “essentials” such as grocery shopping. Police are enforcing shelter-in-place orders with fines of up to 3,000 euros.

“People call me constantly, but I’m home alone,” Teresa said. “Before all of this, a lot of people came to see me, but now they can’t go around.”

The only person able to visit is a 52-year-old son who lives in the same apartment building with his wife and children, she said, so she passes the time watching the news and sewing cloth masks for the children to wear when they play in the garden.

For more than a month, the news has shown virtually nothing but people in masks and ambulances, she said. When someone in town gets sick or dies, everyone hears about it immediately.

The situation is surreal, but the lock-down measures are necessary to prevent a prolonged crisis, said Paolo Martelli, 90, a retired economist from Milan who is under two weeks of full quarantine with his wife because they had traveled to Spain before the coronavirus outbreak. A daughter brings them groceries.

During the war, Martelli’s family temporarily relocated from Milan to Lake Maggiore about 54 miles north to escape the bombings. In the country, he foraged for food and biked to school in the winter with a white sheet in his bag so he could hide in the snow if any planes with snipers flew overhead.

The coronavirus pandemic is different, he said, in part because he believes the resulting economic problems will last longer than the health crisis itself. Many fear that Italy will slip into a recession as a result of the coronavirus.

“It’s clear there will be economic consequences,” Martelli said. “With the closing of factories, job losses, etc., surely it will take time to return to the same production levels as before.”

But unlike during the war, this fight is not about territory or terrorizing populations; the goal is to safeguard society and protect public health.

“In the war it was everyone against everyone,” he said. “Now it’s the entire world against coronavirus.”

Brancolini is a special correspondent.