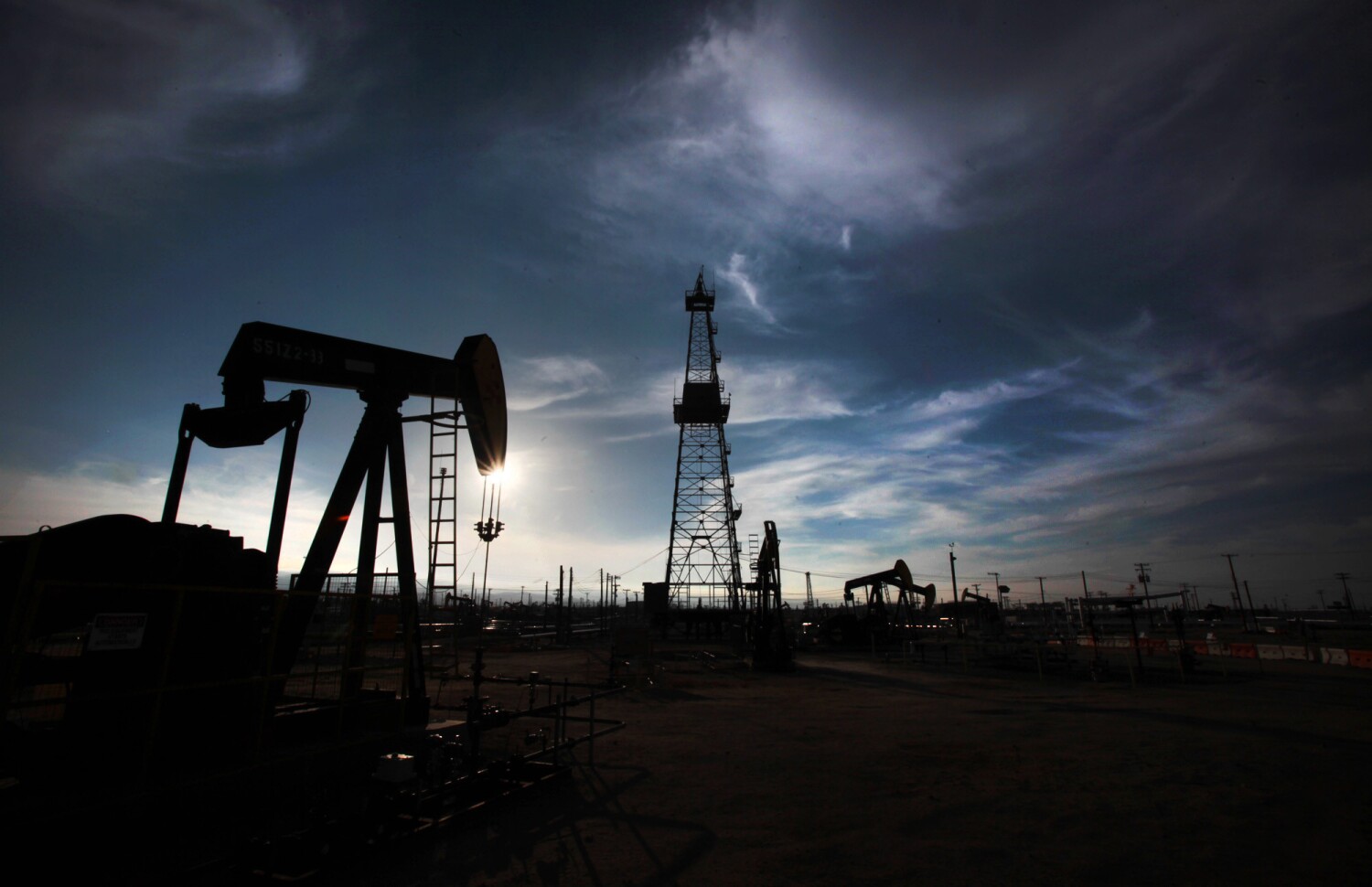 An oil price war sent already anxious financial markets into a dive Monday, with stocks dropping and crude prices collapsing in a worldwide selloff that fueled fears of a coronavirus-prompted economic recession.

As the dispute between Russia and Saudi Arabia pushed oil prices to their biggest declines in nearly 30 years, major U.S. stock indexes sank more than 7%, falling so intensely in the morning that they triggered a temporary halt in trading. It was the worst day for the benchmark Standard & Poor’s 500 index and Dow Jones industrial average — which fell more than 2,000 points, a record — since late 2008, during the financial crisis.

Yields on U.S. government bonds slid to fresh record lows and gold prices climbed to a seven-year high as investors turned to those traditionally safer assets.

Behind the rush for shelter is uncertainty: Investors can’t know how big the coronavirus outbreak will become, how much it will slow the growth of the U.S. economy and company earnings, or exactly what additional stimulus measures governments will use to cushion the financial blow, said Peter Heilbron, head of Trace Wealth Advisors in Sherman Oaks. Stocks have been swinging wildly as they have given up ground in the last two weeks.

“A lot of investors are on edge, and as a result, they’re in a ‘sell first and ask questions later’ mentality,” Heilbron said, adding that the plunge in oil prices only exacerbated the problem.

Monday was the 11th anniversary of the stock market’s bull rally that began during the financial crisis in 2009, and stocks had reached record highs only last month.

But investors were in no mood to celebrate.

Over the weekend, Russia refused to cut oil production despite falling demand from China, whose economy has been slammed by the coronavirus outbreak. In response to Russia’s refusal, Saudi Arabia moved to drop oil prices and boost its own oil output.

The collapse of a deal to cut production is a response to years of frustration as Russia and Saudi Arabia, the two biggest oil exporters, have lost market share to U.S. shale, Gregory Brew, a postdoctoral fellow at the Center for Presidential History at Southern Methodist University who is a historian of oil and U.S.-Iranian relations, said in a series of tweets.

“What this really shows is the Russian determination to win back some territory on the global oil market — and their willingness to do this, however it might impact the U.S. economy. And Saudi followed suit almost immediately,” Brew wrote.

The nations’ decisions raised fears of an oil glut, and the by the time Wall Street opened for business Monday, oil prices were plummeting. Benchmark West Texas intermediate crude oil plunged nearly 25% to $31.13 a barrel in heavy trading. It was the biggest one-day drop since the Gulf War in 1991.

The S&P 500 opened with a drop of 7% that triggered one of the so-called circuit breakers that U.S. financial regulators put in place following the market’s crash in October 1987. The circuit breakers, which are rarely needed, temporarily stop the cascade of sell orders and give investors a chance to catch their breath.

All three indexes are down 19% from their record highs. That puts them dangerously close to entering bear-market territory, which is defined as a sustained 20% drop from their most recent peaks.

Energy stocks were hammered in response to the drop in oil prices. Occidental Petroleum plunged 52% and Marathon Oil shares tumbled 47%. Among the largest energy firms, Chevron sank 15.4% and ExxonMobil was down 12.2%.

The selling extended worldwide. Major stock indexes in France and Germany both fell 8% and the Nikkei 225 index in Japan lost 5%.

Some retail stocks defied the selloff. Dollar Tree was up 4.1% and AutoZone gained 5%. Shares of Clorox, which makes disinfecting products that are popular with people worried about coronavirus, rose nearly 1%.

Treasury yields fell to a new low as investors fled for the safety of government bonds. The yield on the 10-year Treasury note, for instance, fell to 0.55%. It was 2% at the start of this year, and before last week it had never been below 1%. Gold edged up 0.2% to $1,674.50 per troy ounce.

Greg McBride, chief financial analyst at Bankrate.com, said long-term stock investors should brace for more volatility but not succumb to it.

“The guidance for long-term investors remains intact — do not panic,” McBride said in a note Monday. “As the uncertainty persists, the market frenzy will continue, perhaps for weeks, perhaps for months.”

“But long-term investors must think in terms of years or decades,” he said. “Markets fall sharply but can also rebound quickly.”

Although cheaper oil could translate into more affordable gasoline and other energy for consumers and businesses, it also hurts oil-producing regions and companies.

“With the combination of the implications of the oil stand-off and the [virus] outbreak, I now believe that it’s almost inevitable that there will be a global recession this year,” said Nigel Green, chief executive of deVere Group, an independent financial advisory group.

Goldman Sachs Group economists said they now expect the Federal Reserve to slash interest rates back to record lows as the U.S. economy stagnates because of the coronavirus.

Such cuts would add to the reduction carried out last week by the Fed in its first emergency rate cut since 2008 and would ultimately push the key U.S. rate to the range of 0% to 0.25% last seen in 2015.

Times staff writer Suhauna Hussain contributed to this report. The Associated Press and Bloomberg were used in compiling this report.