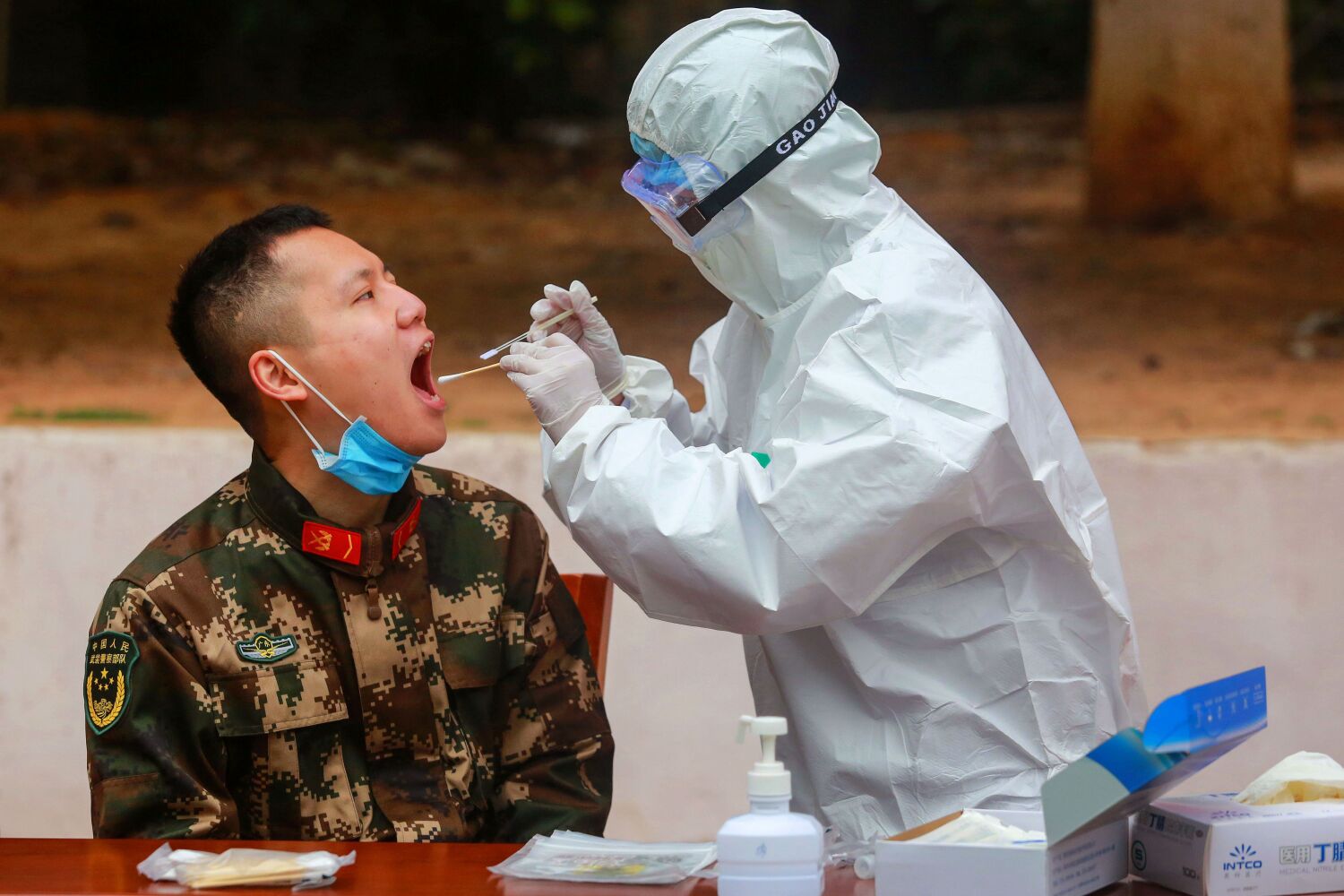 The global outbreak that has sickened nearly 100,000 people across six continents may actually be fueled by two variants of the same coronavirus: one older and less aggressive and a newer version whose mutations may have made it more contagious and more deadly, according to a controversial new study.

Chinese scientists who compared the genetic sequences of 103 viral samples from patients infected with COVID-19 said their evidence suggests that the virulent version of the coronavirus — which they tagged the “L-type” version — was the dominant strain in the earliest phase of the outbreak that began in Wuhan late last year. That strain, they said, appeared to recede as the epidemic progressed.

But among samples collected later, as COVID-19 spread across China and into other countries, a variant of the virus they dubbed the “S-type” was more common, the scientists reported. They suggested that the genetic makeup of the S version more closely resembles coronaviruses circulating in bats and pangolins, the animals that are thought to have incubated the virus before it jumped to humans. And they surmised that it is a less virulent version.

The findings suggest the S-type version of the coronavirus may have escaped its animal hosts earlier than previously believed — and that it may have been circulating longer without causing enough illness to set off alarm bells.

The Chinese scientists reported their analysis Thursday in the journal National Science Review. The team was led by Peking University’s bioinformatics researcher Jian Lu in Beijing.

The study authors acknowledged that their conclusions are very preliminary and are based on a very small sample of viruses. The variations they found will need to be observed in many more specimens taken from other patients, and their genetic differences will need to be compared with physicians’ reports and epidemiological notes. Only then can their suspicions can be confirmed, they wrote.

Officials at the World Health Organization warned that “it’s important we don’t overinterpret” the scientists’ findings.

“It’s got a slightly different signature, but it’s not a fundamentally different virus,” said Mike Ryan, the WHO official coordinating the agency’s response to the COVID-19 epidemic.

Some scientists were far more critical, with some calling for the paper to be retracted.

The new analysis comes from scientists in a relatively new and fast-moving field that’s devoted to the genetic investigation of disease-causing germs.

Using a technique called phylodynamic analysis, researchers collect and sequence the genomes of many samples of a given microbe and scour them for tiny substitutions in their DNA or RNA. By tracking those genetic shifts, they can reconstruct a rough picture of a germ’s passage through a population, and detect turning points along the way.

The authors of the new study compared genetic sequences of viral samples taken from 27 patients in Wuhan, 33 patients from elsewhere in mainland China, three from Taiwan and 40 from patients outside China.

Comparing all those samples to those taken from bats, they found relatively little evidence of variability. That suggests the novel coronavirus has circulated in humans for only a few months, changing little as it jumped from person to person and replicated itself, they wrote.

But when the scientists compared the 30,000 nucleotides of each sample to one another and focused on finding differences among them, they found a much greater degree of variability. That’s a sign that the changes in the virus since it began to infect humans were “much larger than previously estimated,” they wrote.

Of the 103 viral genomes they scoured, 70% were of the L-type variant. But by early January, the scientists wrote, it appears that “human intervention” — possibly the “rapid and comprehensive prevention and control measures” adopted by China — had begun to limit the spread of this strain.

By late January, doctors and health authorities were on high alert and testing widely for COVID-19 infection. But at that point, the Chinese scientists speculated, they were collecting samples from patients who were sickened by the older, less dangerous S-type version of the virus.

Some geneticists who weren’t involved in the study argued that the data could support an alternative interpretation: that the virus has simply spread more widely than they had realized, picking up random mutations along the way. Those mutations may or may not make the virus behave differently.

If the S-type of the virus is the older version that was circulating first, a final mystery remains: Why would the majority of samples taken from the initial patients in Wuhan have fallen into the L-type category? Shouldn’t there be more S-types in the mix?

This is where the Chinese scientists make a hotly debated leap: They surmise that the newer L-type version probably picked up more mutations, and evolved further from the bat coronavirus from which it originated, because it either infects people more readily or it replicates more vigorously once it infects.

In other words, it’s more transmissible or more aggressive — or both.

University of Edinburgh geneticist Andrew Rambaut urged caution about that conclusion. When genetically sequenced samples represent a small and haphazardly collected subset of all infections, the kinds of genetic variations noted by the scientists are “entirely expected,” he wrote on Twitter.

To claim that such mutations necessarily make a virus behave differently, he added, “is a flawed inference.”

A group of researchers from the MRC-University of Glasgow Center for Virus Research in Scotland offered a more detailed rebuttal of the new paper. Among other things, they said the study authors misinterpreted their data and failed to account for limitations in their statistical methods.

“Given these flaws, we believe that Tang et al. should retract their paper, as the claims made in it are clearly unfounded and risk spreading dangerous misinformation at a crucial time in the outbreak,” the Glasgow team wrote.