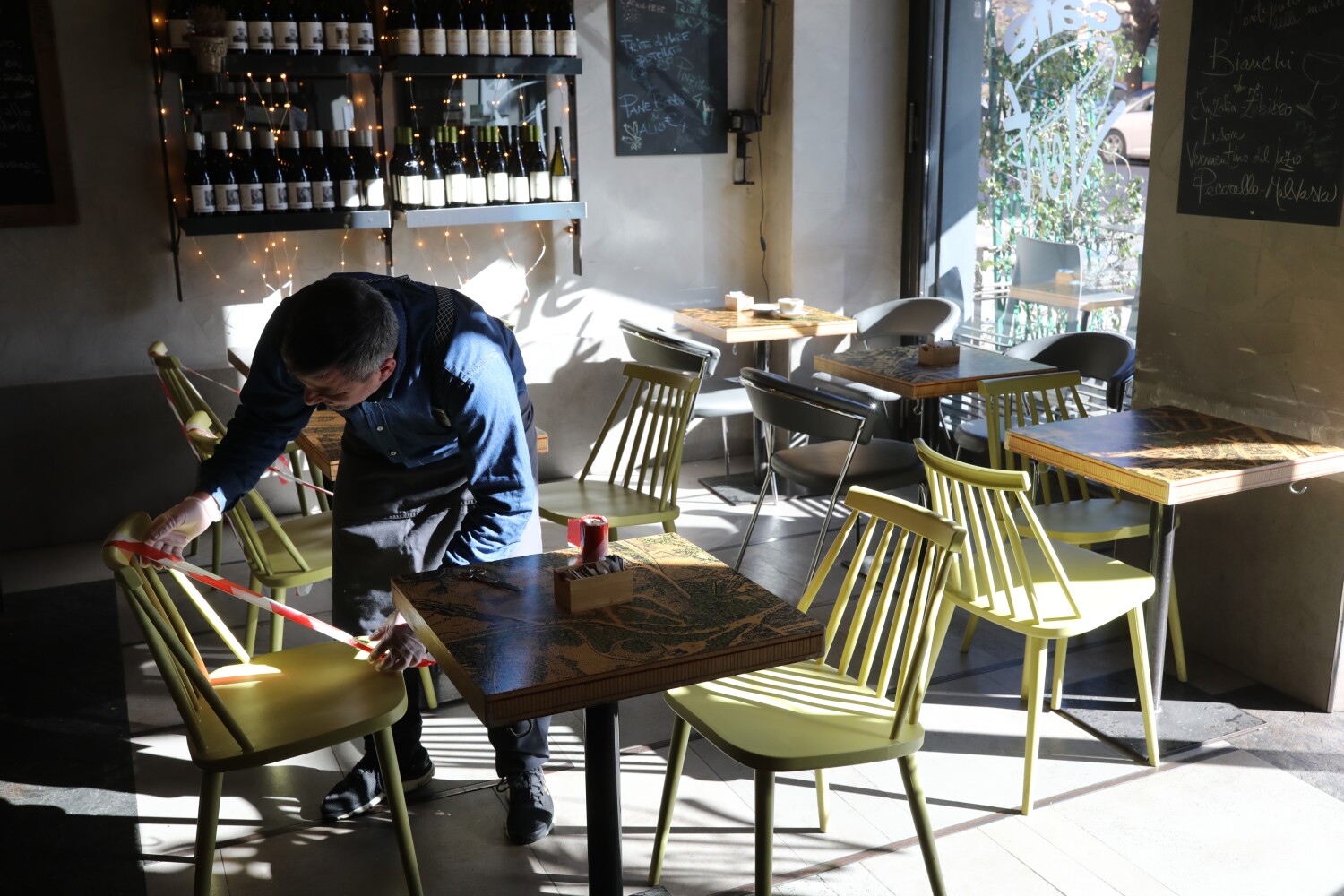 The coronavirus outbreak that has sickened at least 124,000 people on six continents and caused nearly 4,600 deaths is now an official global pandemic. But that doesn’t mean we should give up on trying to contain it, health experts say.

The goal is no longer to prevent the virus from spreading freely from person to person, as it was in the outbreak’s early days. Instead, the objective is to spread out the inevitable infections so that the healthcare system isn’t overwhelmed with patients.

Public health officials have a name for this: Flattening the curve.

The curve they’re talking about plots the number of infections over time. In the beginning of an outbreak, there are just a few. As the virus spreads, the number of cases can spike. At some point, when there aren’t as many people left for the pathogen to attack, the number of new cases will fall. Eventually, it will dwindle to zero.

If you picture the curve, it looks like a tall mountain peak. But with containment measures, it can be squashed into a wide hill.

The outbreak will take longer to run its course. But if the strategy works, the number of people who are sick at any given time will be greatly reduced. Ideally, it will fall below the threshold that would swamp hospitals, urgent care clinics and medical offices.

That’s why public health officials will continue the labor-intensive work of recording and tracking new infections, ensuring that infected individuals stay home, and guarding the borders against the arrival of new cases.

At the same time, they’ll expand their mitigation efforts. The means keeping people away from each other by canceling large gatherings, closing schools and encouraging people to work from home.

In some ways, mitigation is just containment on a larger scale. Instead of focusing on a single infected individual, officials target clusters of infected people. Buildings, city blocks or whole neighborhoods might be identified as infected, then walled off. That’s why New York Gov. Andrew Cuomo dispatched the National Guard to New Rochelle to enforce a “containment zone” around a community with more than 100 infected residents.

Even when infections are unavoidable, pushing them into the future will increase the chances that a treatment will be available by the time a patient needs it. Some might even benefit from a coronavirus vaccine by the time COVID-19 reaches them, though that is nearly a year away at best.

“What we have to do right now is to put a lid on this epidemic, to flatten the curve of infection and buy ourselves some time to get a vaccine,” said Georgetown University’s Lawrence Gostin, an expert in public health law. “We are going to have to think about bringing all the interventions we have up to scale.”

That’s why “social distancing” measures are so important, Dr. Anthony Fauci, director of the National Institute of Allergy and Infectious Diseases, said at a White House briefing this week. Barring fans from NBA games, canceling the Coachella music festival and sending college students home for the rest of the semester may seem like extreme measures, but that’s what it will take to flatten the curve.

“We would like the country to realize that, as a nation, we can’t be doing the kinds of things we were doing a few months ago,” Fauci said.